One small step and then another. It’s how we move forward on the small things as well as the big dreams. We don’t start with that one step though. We start with a desire for something more, or different, or purposeful. We envision the possibility and then we start to tiptoe around it. Is it possible? What would it take? Could we do it? And we start to weigh the dream against what we would need to do, or sacrifice to make it happen. Then, we make a decision to either move forward, or move on. Finally, after all that, we take a small step. Do your small steps lead to a big enough dream?

Is the dream worth it?

It sounds like a long drawn out process, and sometimes it is, but there are time it happens in as a little as a minute. When my son was little I could almost see the wheels turning when he’d spot something he wanted. He’d pause, and then reach. I’d move it out of his reach, he’d pause again. Then, he either deemed the situation worthy of further efforts (melty man tantrum imminent) or he would switch his focus.

We do the same as adults. Is it a little thing we want? Or something big? We tend to put more time into deciding the big things. We also put more thought in the preparation. I spent a lot of yesterday reading a travel book on Hawaii.

We leave this week.

But before you think that was the entire timeline, let me tell you about the MONTHS it took where I would very, very, occasionally bring up to my husband our 20th Anniversary. Then the reasons why we would want to get away, and how we might make it happen. I had to make it seem possible, and desirable. I had to sell him on the vision. Once he agreed, it was the where, and the when.

We don’t just show up at the airport. We have a destination in mind.

But it’s the vision of the possible, that first moves us forward. Too many times we catch that vision and deem something too hard, too scary, too out of reach. We weigh it against the problem we have, or the idea we imagine, or the product we could create. We feel a passion, and a desire to realize the dream.

Maybe your dream is a full time income, or a home of your own. Maybe it’s a job that doesn’t suck the life out of you, but instead gives you a sense of purpose. It might be to share your passion with others, and encourage them to dream. I don’t know what your vision is, but it’s yours. Own it, even if you think it’s impossible.

Don’t limit what you think God can do.

It’s not impossible. Never, ever give up on a dream because you think it’s impossible. Because straight up- we can take “impossible” off the table right now. It is a big God who created us, and we know from scripture that NOTHING is impossible for him. Like a good parent he won’t give us everything we desire, but he could. And sometimes, the most crazy-where-did-that-even-come-from desire comes from him. So if we believe that, then that makes anything and everything possible.

You are created on purpose for a purpose.

I’ve shared some of my story in posts before; about twelve-fourteen years ago I was struggling with motherhood and trying to figure out what doing a good job as a mother looked like. I thought it meant giving up everything I was for him. Looking back, there is so much wrong with that I can’t even start. But at the time, I thought I was making the responsible, adult decision. I gave up on my dreams, and even my creativity, so that I could be super mom. But it wasn’t long before God made it very clear that martyrdom was not his plan for me.

First, I was miserable. I already wrote about that in my blog post, 3 Steps to Being Creative Every Day. But after a while of being miserable, I caught a vision of who I was supposed to be, and who God designed me to be.

Second, when I did take the one small step towards embracing my gift of creativity; the inspirations and visions of possibility came. I woke up one night wondering what would happen if I combined wire and fabric. And the vision of a heart sculpture that had fabric and found object woven through it. The dream was to create what I saw in my imagination. The step was to grab my wire and fabric and try to make it.

Dream: get published. Step: find a magazine I like and look up submission guidelines.

Dream: write a book. Step: go to the bookstore and see what books I liked best and who published them.

Dream: give my creative gifts back to God and have him use them for his purposes. Step: reply when a stranger emails me through my blog about a creativity ministry she founded (that happened to be local- God is SO good). Taking that step was huge, and the beginning of a friendship with someone who literally dreams bigger than anyone else I’ve ever met. She trusts that if it’s God’s will, he’ll make it happen.

We can trust too. God makes it all possible. Nothing is impossible. Go ahead and dream. Dream big. Then take a small step. I would love to have you share in the comments what your dream might be, and what you think would be a small step towards it.

Do your small steps lead to a dream that’s too small?

If you don’t have a dream (and some people don’t yet), then spend a few minutes and do an honest catalog of what you think your strengths, passions, and purposes are. Examine your heart, and maybe see if there’s a crazy desire left over from your childhood. Something maybe God set in your heart when you were young. Maybe there’s a spark of envy when you see what someone else is doing. It could be that they are living their calling and you’re not. Then you know what to ask yourself. Do your small steps lead to a big enough dream?

Now own it. Choosing to dream big is choosing to believe God when he says, NOTHING is IMPOSSIBLE for him. Dream it. And trust that if God’s plans are bigger, or different than yours, that he’ll adjust your plans for his.

Want to SHARE this? Save Do Your Small Steps Lead to a Big Enough Dream to your Favorite Pinterest Board! 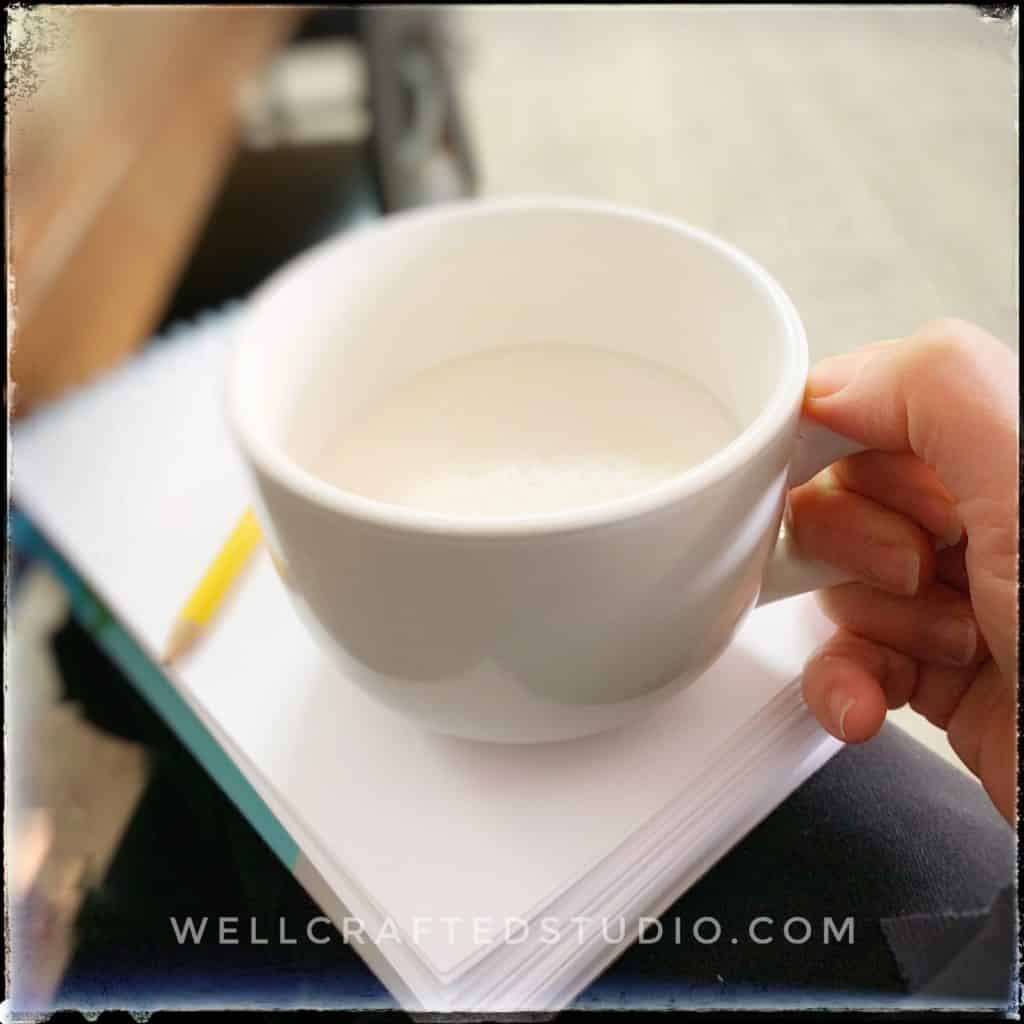 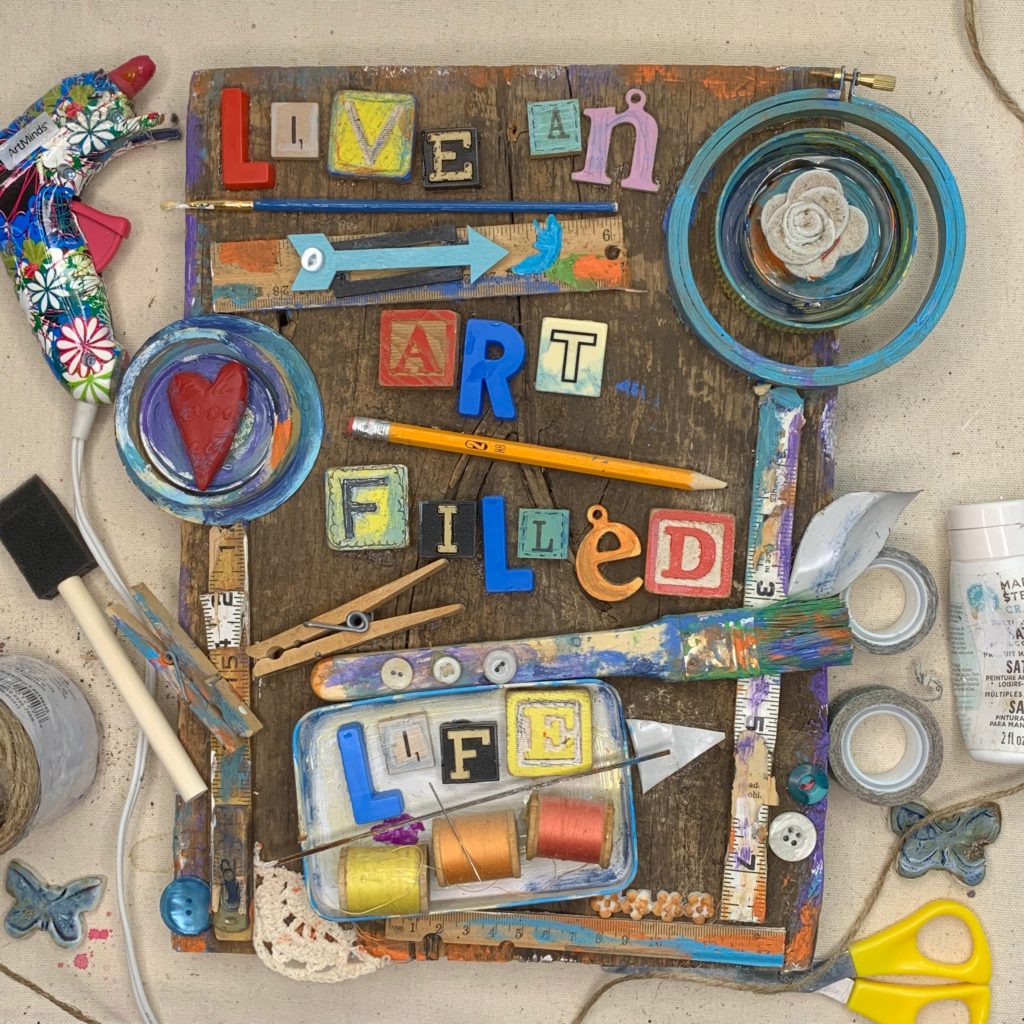 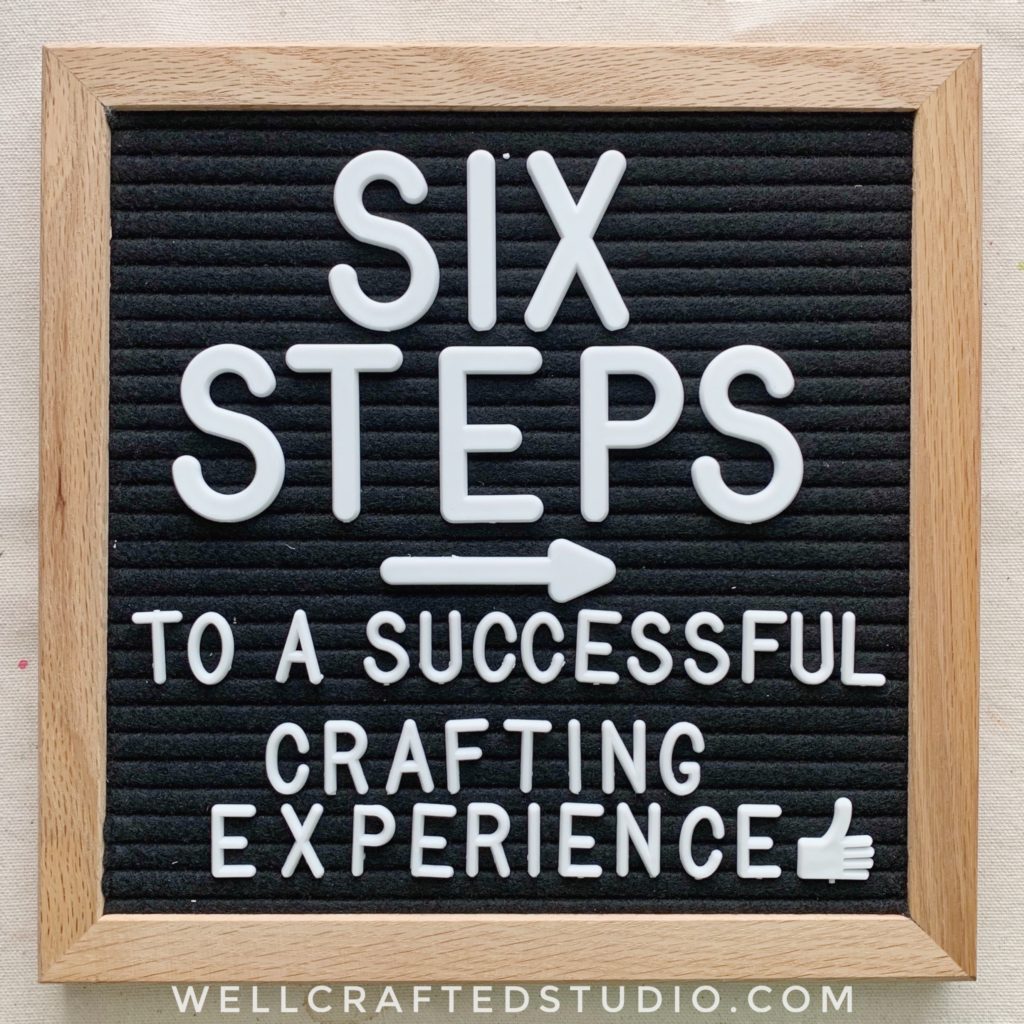 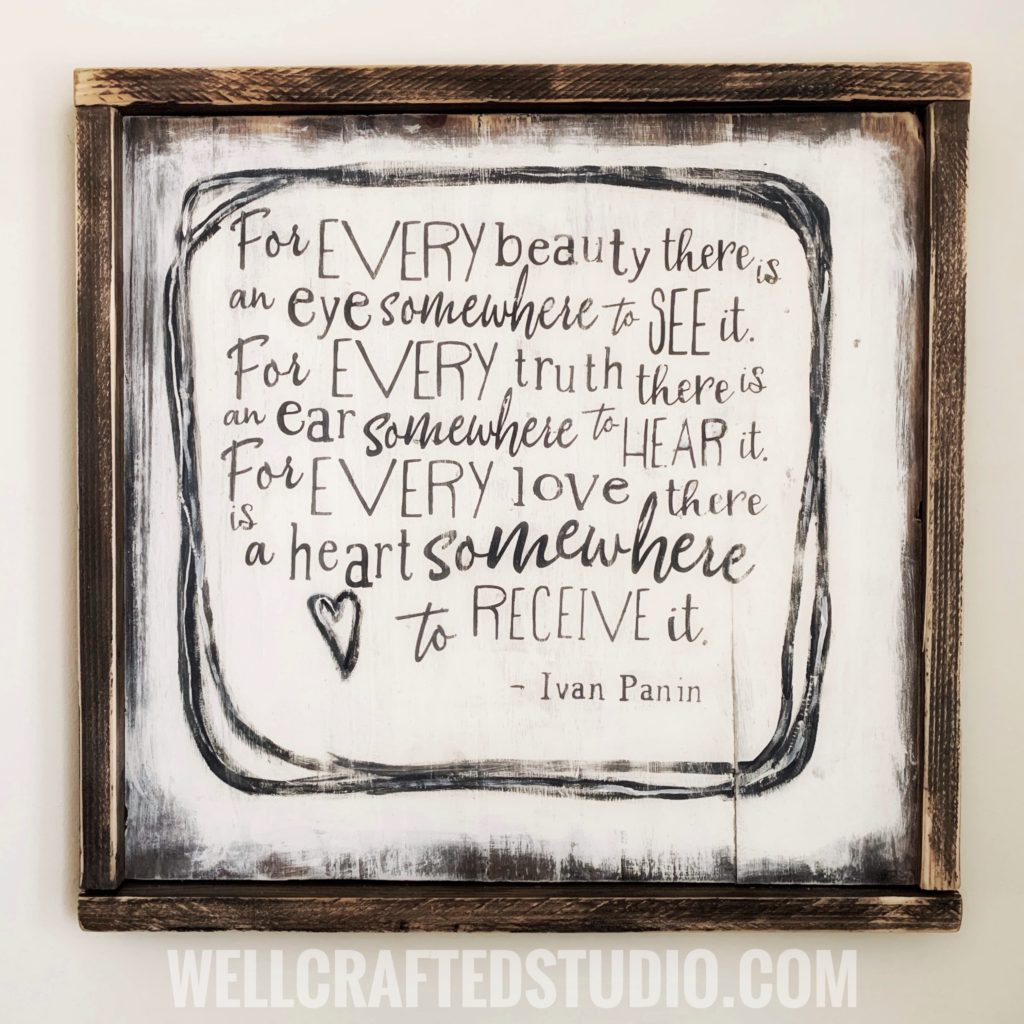 4 thoughts on “Do Your Small Steps Lead to a BIG Enough Dream?”

This site uses Akismet to reduce spam. Learn how your comment data is processed. 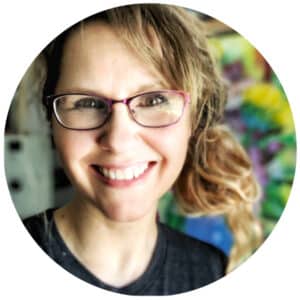 You were created to create. It’s what I love to tell people and why I’m so glad you’re here. If you’d like to learn more about how I know you’re creative and why I created this place to encourage you to be more creative, then I’d love to have you read more!

Who doesn’t? As long as they’re good! Sign up and get the password to my Design Library and get a weekly email that encourages you to be creative (with even more freebies and ideas)!
​You want to make stuff and I want to help! 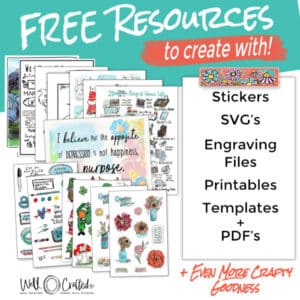 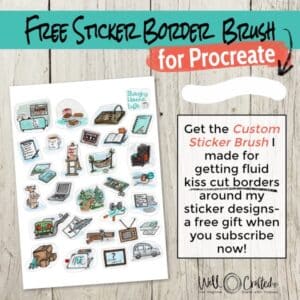 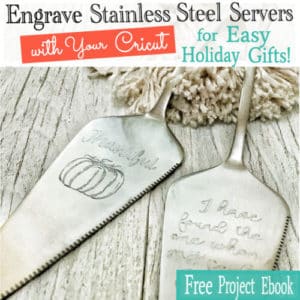 Trace Stickers in Procreate for Beginners 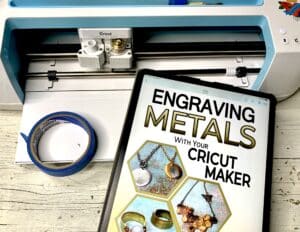 Need Some Motivation with Your Inspiration? 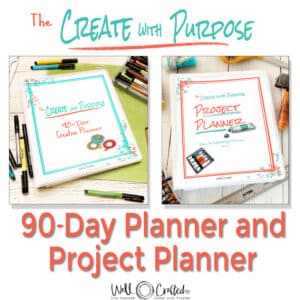 Who doesn't? As long as they're good! Sign up and get the password to my Design Library and get a weekly email that encourages you to be creative (with even more freebies and ideas)! ​You want to make stuff and I want to help!